Carnaval celebrations around the world

What is Mardi Gras?

Mardi Gras is New Orlean’s version of a Carnaval celebration.  The name “Mardi Gras” means Fat Tuesday and it always falls on the Tuesday before Ash Wednesday.  Mardi Gras marks the start of the season of Lent in the Catholic tradition. 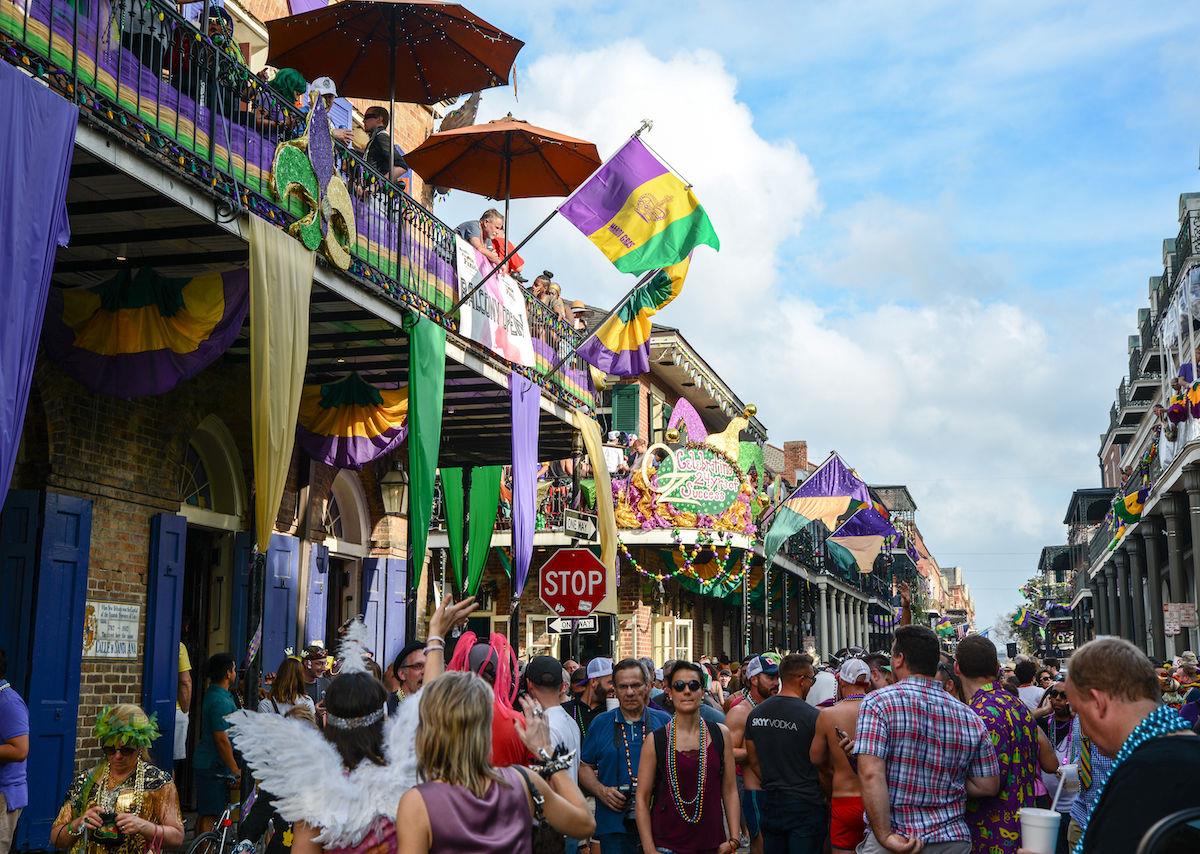 The origins of Mardi Gras go as far back as medieval Europe.  It began in Rome and Venice in the 17th and 18th centuries and the French picked up the holiday and brought it with them as they colonized the New World… AKA the Americas.

New Orleans was founded in 1718 by a man named Bienville. By the 1730s, Mardi Gras was celebrated openly in New Orleans, but not with the street parties and parades we have today. Instead, Louisiana’s governor, the Marquis de Vaudreuil, threw elegant balls, which are just very fancy dances for the wealthy and affluent families of the city.

By the late 1830s, New Orleans began to hold street parades full of people in masks. Dazzling gaslight torches, or «flambeaux,» lit the way for the people and made the parades festive.

Eventually newspapers began to announce Mardi Gras events in advance, and they even printed images of parades’ fantastic float designs. Over time the holiday has evolved into the massive citywide party that we know today. 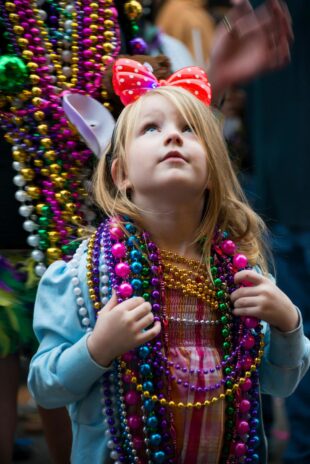 The traditional Mardi Gras colors are purple, green, and gold, and it is tradition to wear those colors as you walk around the city on this day. People also wear colorful beads and elaborate face masks in these same colors.

The King of Carnaval

Every year a “King of Carnaval” is chosen.  This king is called Rex and he presides over the city’s daytime parades. 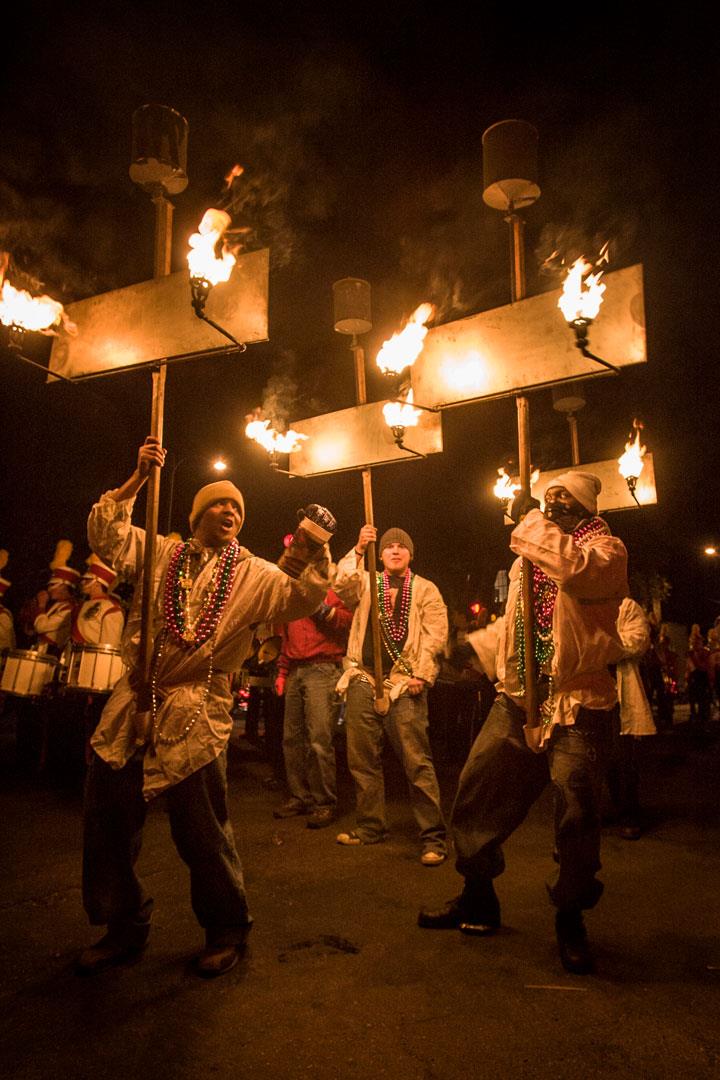 The word Flambeaux comes from a French word, “flambe” which means flame.  These were originally wooden torches used to light the way for the nightime revelers and party goers.  This tradition also illustrates some of the elements of old New Orleans social classes and American culture at the time as the torches were originally carried by enslaved people and free men of color, called Creoles.  As the men walked they twirled the torches in a show of light and skill and danced down the street.  New Orleans citizens watching the parades would give the torch carriers tips (small amounts of money) in response to the elaborate performances.

King cake is very similar to another cake that is known in Spain as “Roscón de Reyes”.  Each king cake has a little plastic baby inside. The lucky person who bites into the slice of cake with the baby has to hold the next king cake party (or bring the next cake for the family, school, or office).

Originally king cakes were very simple, just a ring of dough with a small amount of decoration. However, recently many bakeries have been getting creative with their cakes, and it is not uncommon to see a king cake topped with different flavors of cream cheese and fruit fillings or even in distinct shapes.

Mardi Gras masks can be quite elaborate covering the entire face with beads and feathers.  They add a fun element of mystery and surprise to the celebrations and can be homemade or bought in the store.  Today, Mardi Gras is the largest masked party in North America. 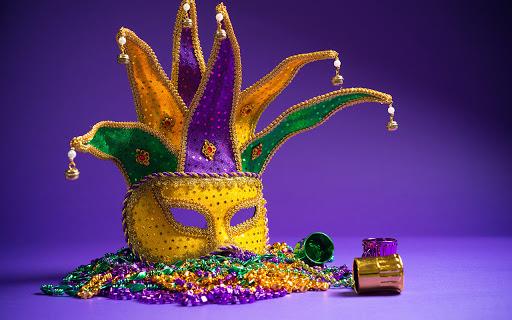